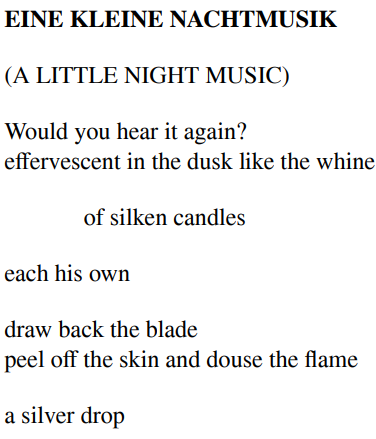 The opening poem of Jeffrey Round’s new collection of poetry sets the tone for a semi-eclectic yet searingly poetic series of seamless volume sections that move in and out of eight distinct yet continuous meditations on love, people, places, and the glorious ruin of geography, memory, and the fleeting nature of maddeningly compelling romance.

‘Lot’s Wife’ - the second poem in Part I, partakes in iconic biblical references especially ‘sentimental’ for any queer sodomite in the audience, and lavishes the stanzas with semi-camp trappings such as “my scarf fluttering in the wind” to the more historically emphatic ending of the poem whereby a somewhat trans-historical plea brings the figure of the wife into a queer lexicon of intersectional (homo and hetero) ‘forbidden’ bliss -

The camp-ish presence of rippling neckwear - the scarf - signals Round’s frequently vivid imagism, and lies within  the broad and much-debated Susan Sontag definition of camp as “a tender feeling”- something we simultaneously treasure, flaunt, hold dear, and betray with a sense of humor and sincerity all at once.

Ruin figures greatly in dual moments during the overall text, beginning with a tribute to James Dean and finishing up with memories and attempted re-capturings of geographies and their emotional ties - feelings and locales we may never regain, like paradise perhaps.

This “bleached-out popcorn” stand appears around mid-way in a poem devoted to a beautiful impressionistic succession of lines that float hauntingly through delicate layout and line break - like a dream attempting it’s own resuscitation after being lulled to sleep by the end of yet another American cinematic dream of youth - and the slightly softened masculinity of of post-war nostalgia creating a deceiving mid twentieth century reimagining of gender into another culturally constructed version itself.

In ‘The Ruins of Puerto Vallarta (for Shane)’ Round takes on an epistolic form and writes to what appears be a former lover after having visited a beloved holiday destination. 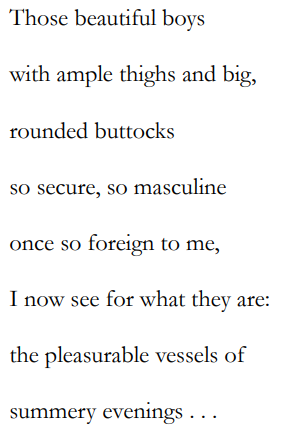 Recalling into the poet’s own remembered desire - 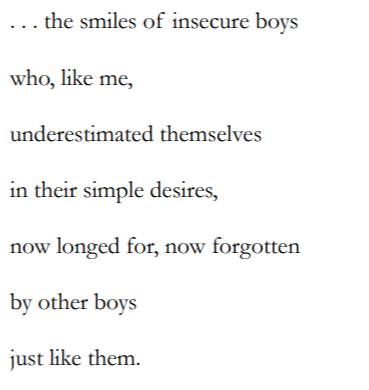 This is ruin of the heartfelt, evocative, and somehow uplifting kind - uplifting perhaps for those of us who know how to be bitter without being tiresome, how to be camp without being cruel - a delicate sometimes failure-ridden balance to achieve in any given conversation.

That scarf again - those scarves - something Richard traveled widely with, and made remarkable queer extravagance through. Anyone - or some - who knew RM Vaughan may recognize, in Round’s poem, that mixture of love, rage, and wry that Richard so brilliantly possessed.

Ultimately the ruin - and the joy of memory - brought together by the ‘threads’ of recall the poet assembles in this collection, comes full circle and lands on familial ground in an extremely engaging and powerful series of poems that both mourn and celebrate, delight in and decry. Like the bleached-out popcorn stand of the James Dean section, yet bleached out not in the sense of neutral, bland, or invisible - bleached out in the sense of light, coming in through Cohen’s cracks, with such penetrative blinding presence when it finds its source in poetic recollection and beautifully crafted description and imagery.

Dedicated to Aunt Evie, the final poem is a fitting conclusion for a volume that speaks to and of a lifetime and a history of romance - simultaneously tender, frank, carnal, coy, captivating, and a little bit camp. 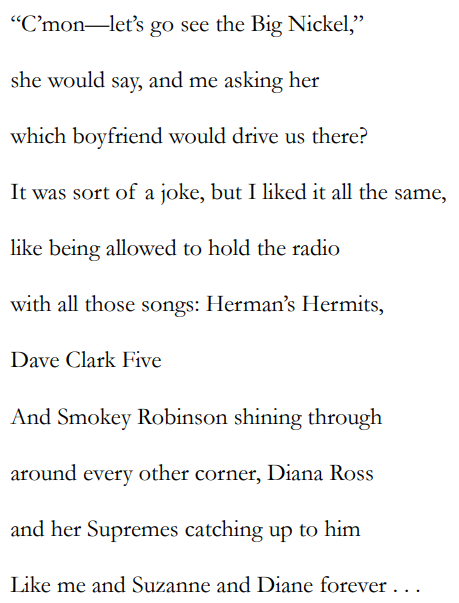 When The Big Nickel and Herman’s Hermits appear in the same poem, well, who could ask for anything more.

1. My reference to ‘camp’ comes from the Susan Sontag essay (1964) Notes on Camp and relates specifically to the following note from her text: “Camp taste is a kind of love, love for human nature. It relishes, rather than judges, the little triumphs and awkward intensities of “character.” … Camp taste identifies with what it is enjoying. People who share this sensibility are not laughing at the thing they label as “a camp,” they’re enjoying it. Camp is a tender feeling.”

2. My reference to RM Vaughan’s 1996 collection A Selection of Dazzling Scarves, ECW Press.